RECOMMENDED: The ULTIMATE Course for Motorcyclists 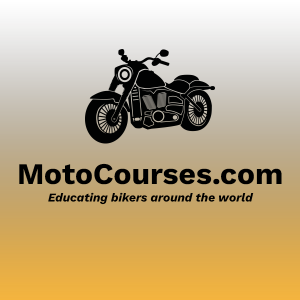 Why is a Honda new CB1100X teaser such big news?

The Honda new CB1100X teaser is big news in the motorcycle industry because it is the comeback of the century. As we all know, Honda is currently the largest motorcycle manufacturer in the world. Indeed, they sold close to 21,000 units only in 2019, being the largest-selling brand of the year.

This reputation is not based on anything other than outstanding craftsmanship, flawless build quality, constant innovation, and a very competitive price line. With these credentials, the Japanese giants are surely planning on overtaking the 1000+cc segment as a storm.

To begin with, the launch of the CB500X, the NC750X, and the new revamped Africa Twin paved the way for the new flagship to arrive. We might be witnesses to the pinnacle of Honda´s technology and engineering in one ride. Furthermore, all the innovation present in the three bikes already presented by Honda could reach a new plateau with the CB1100X, announced for 2022.

Developing an engine to breed a family of bikes

Developing a new engine is a lot of work and, more importantly, a huge investment. How do big brands like Honda afford such an endeavour? They utilize the same design to create a family of motorcycles. In this case, the same 1084cc engine can be used on two new designs just patented by Honda.

On the one hand, they presented the design of a mighty custom bike close to the Rebel design that could very well be a Rebel 1100. Honda enjoys a good reputation in that segment with models like the Rebel, Shadow, and Fury, among others.

On the other hand, the design of a smaller, more modern chassis could mean the creation of a mighty street naked motorcycle. Utilizing the strength of the twin 1100cc engine from the Africa Twin on a smaller, lighter motorcycle could be the start of a new era in naked bikes.

The family of bikes is on its way for what the gossip tells us. We can´t wait to see them turn into reality.

So, what do we know so far about the Honda new CB1100X teaser?  We know that it is a bike designed to compete against the Triumph Tiger 850 and the new BMWF900XR. This means that it is a sports tourer that will handle a little off-road but will be ready for long distances.

The release date is set to be next year, 2022; this means that there is not much data available yet. Hopefully, the company will be leaking some more info out of Japan soon, and we can have a better idea of what the bike will be.

Every time that we have some new material out like the Honda new CB1100X teaser, the whole motorcycle world is a revolution. This is because one of the giants is making a move. With it, a new family of strong, state of the art motorcycles will hit the market.

Will you be the lucky owner of such a bike? We sure hope so; the future looks bright on top of a Honda CB1100X.

Manage Cookie Consent
To provide the best experiences, we use technologies like cookies to store and/or access device information. Consenting to these technologies will allow us to process data such as browsing behavior or unique IDs on this site. Not consenting or withdrawing consent, may adversely affect certain features and functions.
Manage options Manage services Manage vendors Read more about these purposes
View preferences
{title} {title} {title}